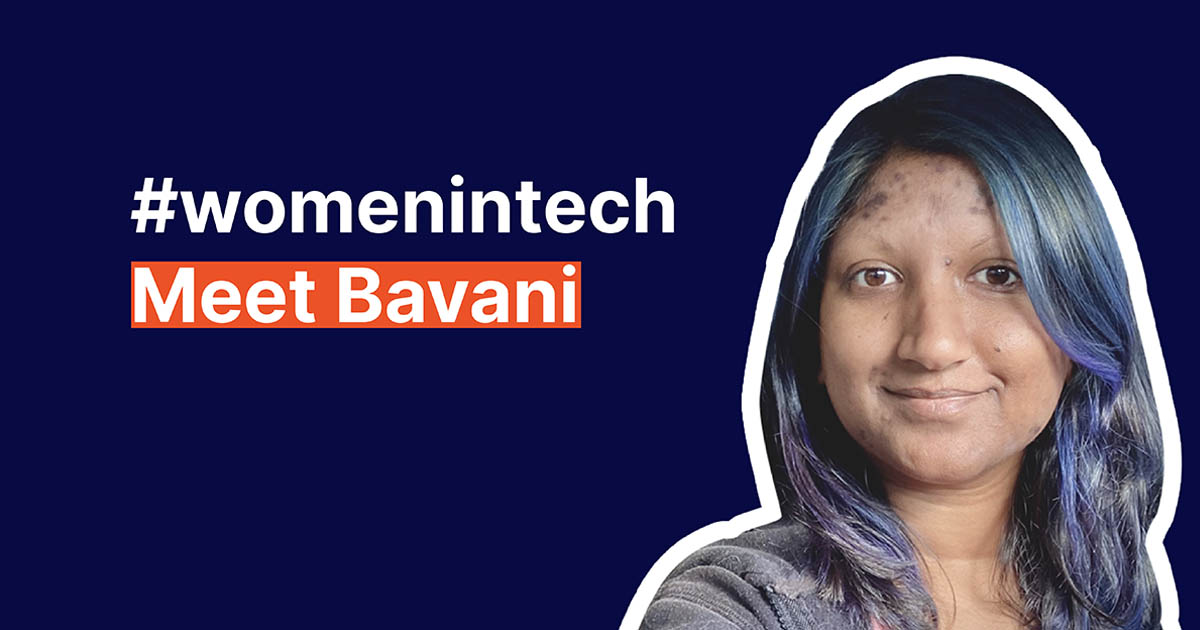 We'd like to introduce you to our # WomenInTech series, where you'll meet some of the incredible women at Peach Payments who are helping revolutionise the African tech space. We’re thrilled to share these amazing stories with you.

How did you get into tech?

At school, I was very good at maths and science. I wasn't sure what to do with it, so I decided to give engineering a try. Well, it was Mechatronics in those days, and then the only subject I liked in the course was programming. I found that the other engineering students would come to me for answers. So I just found that it was the only part that clicked with me. The other engineering stuff, the electricity and the mechanics wasn't really for me. So it was quite easy for me to switch over to computer science. And then, pursue a move into tech.

I'm from the Eastern Cape. While studying in Port Elizabeth, there were a lot of Cape Town companies that would recruit from us. There wasn't a lot going on in terms of tech in PE, to the point where my parents were worried I wouldn't find work.

Out of the three main companies that would try and recruit us, there was one that really stood out as somewhere where I wanted to work. So I came to Cape Town and just loved this vibe and this energy, and I knew this was the move I needed to make.

Why do you think it's important for more women to join the tech industry?

So I gave this quite a bit of thought, because there were so many reasons. But the thing that I came up with was that diversity inspires innovation. I'm a creative person by nature. So that's something that's important to me, and you can't be creative without new information, new ideas, and new ways of thinking. And if you're restricting your industry to a certain type of person, you're not going to get as many ideas. So just those different perspectives that we can all have from different backgrounds and different genders, it's going to expand our options so much more. When you think about what we are building, in product development, you're developing for your customer, and if you don't have any idea of the perspectives of the customer, then it's going to be quite difficult.

What advice would you give your younger self when starting out in tech?

I would tell myself, you don't have to fit in with the dominant culture. It's easier said than done, but you will feel better about sticking to your values.

Who is your biggest role model?

The first person that came to mind was actually myself. I have reasons for it. Growing up, I spent a lot of my life with very low self-esteem. As a woman of colour, going into tech, I didn't feel like I belonged for a long time, even though I was skilled. I would question, am I smart enough? Am I good enough to be here? It took a lot for me to learn how to see myself in a positive light. So when I look back at the person I was and think, with the level of self esteem, the anxiety, the depression, I was going through those times, all the stuff I managed to do through that. I can't imagine how my younger self did it. But she did it.

What trend would you like to see more of in the tech space?

I would love to see more women, and particularly more women of colour, in senior and leadership positions. Not everyone will understand why these things matter. Something that I've noticed and I feel is that given the country we live in, there are certain things that people will not understand, especially when it comes to things like micro-aggressions or inclusion. It's really hard when you know something's wrong to try and explain it to somebody who doesn't get it. Previously, there have been so many times where I would speak, raise a concern with another woman of colour, and she would get it immediately. It's so nice. It's so much better because you feel believed, you feel heard, you feel seen. You don't feel like you're fighting to belong somewhere.

What do you think, you know, fellow male team members can do to support their female peers?

What I would like from our male team members is to believe us when we speak. Take us seriously. Fix it, or stand up for that person in that situation. Understand that your experience isn't the same as somebody else's.

What is something that you are proud of?

I'd say I'm proud of all the women that are pursuing technical fields and breaking through the glass ceilings because it's not easy. It's really not and sometimes it can feel a little bit lonely. I'm proud of myself. I never saw myself being a manager. Going from being that teenager that didn't want to speak to anybody to now my job is a lot of talking and listening. This was all stuff I had to work out myself, all the stuff I needed to work through all the growth that I had to do to get here and to feel confident doing it. I don't know how younger me did it.

The local travel sector has been hard-hit by the COVID-19 pandemic, but things are looking up. This...
Read More

How business owners are skilling up in 2022

4 August 2022 - The global Covid-19 pandemic has significantly changed the way we live, work and...
Read More